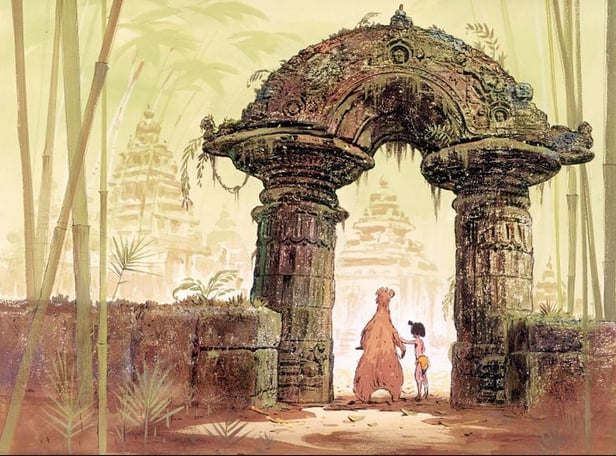 To draw awareness to devastating effects of deforestation. The video highlights the feelings of alienation and wandering that homelessness produces and uses them to make a compelling argument against deforestation.

The film is shot in real life locations throughout the London streets.  Animated animals are painted into the shots, underscoring the displacement of these wild creatures.  Because a remake of the Jungle Book is expected to be released in early 2016, its message should reverberate with a vast audience, both young and old.

A montage of Jungle Book animal characters are superimposed on London streets, struggling for survival after losing their native lands.  The film eventually cuts to real life footage and images of natural habitats ravaged by human development.
Discussion

The film uses familiar and lovable childhood characters, potentially engendering greater empathy. Imagine a transposition of watching a dear friend, lost and wandering in the Siberian wild, wind whistling and the sound of trees creaking.  In this instance, however, the viewer experiences a similar heartbreak and sadness  watching moments like Baloo of The Jungle Book staring puzzled into a Paperchase window and Bambi observing oak furniture in a storefront window and bedding down in a cardboard box on the pavement.  In lieu of whistling wind and creaking trees we hear chainsaws and crackling fire, the sounds of destruction.